Surrey Opera is delighted to be able, at last, to bring their 2020 50th Anniversary production of Don Giovanni to the Minack Theatre, after so many postponements.

This dramatic, timeless story, first performed in 1787, is a black comedy for all ages. Ranging from farce to tragedy and set to Mozart’s magnificent music, with an English translation by the late and much missed Amanda Holden.

Mozart retells the Don Juan legend, portraying the Don himself as an anarchic force of nature, respecting nothing and nobody; the archetypical womaniser whose ‘love 'em and leave 'em’ philosophy challenges society's norms.

But, actions have consequences. Everyone's favourite scoundrel leaves behind a trail of destruction and devastation, until Fate takes a hand and supernatural judgement intervenes.

With a stunning cast/chorus and accompanied by a full orchestra, this production of Mozart's undisputed masterpiece will be a treat not to be missed!

The hissing gates of Hell could not have looked more inviting as they opened under the full beam of a magnificent almost-full moon on the magical open air stage at the Minack - not such a bad end for one of opera's most manipulative rogues, after all.

It was the first night of this week's run by the visiting Surrey Opera company with Mozart's most loved and hated bad man, Don Giovanni, who staged his descent into a fiery Hell, with a louche swagger and a last knowing glance at the audience.

The jets of this steampunk style production were not the only ones that were hissing as he went on his way at the close of an emotion-packed three hours of supremely gorgeous music and song, orchestrated by veteran collaborators, conductor Jonathan Butcher and director Leon Berger.

Like so many this year, the production had been a long time coming, conceived as it was two years ago, then waiting-out a worldwide pandemic, but it was so worth it.

The director opted for the contemporary libretto and translation into English by the late Amanda Holden, to whom this production is dedicated, with revisions and new arias added to present "a kind of Don Giovanni megamix"  -  a story for all times  -  with a strong Victorian steampunk look, reference to Love Island, and haunting hologram of the hapless Will Kwiatkowski as the commendatore.

The story is indeed timeless, the anti hero is Giovanni, a wealthy, fit young man who doesn't give a damn about the lives he wrecks, the women he relentlessly pursues, the trust and relationships he breaks, the life he will end, or his hapless 'servant' who is required to abet the lies and deceptions.

The principal role is shared by baritones Rene Bloice-Sanders and John Openshaw. On the opening night, Rene fully engaged the audience with his shameless stares and smirks, performing very funnily alongside his brilliant, almost unceasingly merry henchman, bass baritone Giles Davis  -  a clear-speaking perfect foil to the evil.

Soprano Louisa Alice-Rose was outstanding as the sensual, seductive, Zerlina, and established a touching chemistry with her 'partner' Matthew Secombe.

The soaring soprano voice of Kirsty Taylor-Stokes as Anna, alongside the exquisite lyrical Heather Caddick as Elvira, and Andrew Woodmansey as Ottavio, was stunning.

The men wear top hats and bowlers, with feathers and badges, Giovanni is clad in leather trousers and soft velvet, the women in jet black leather too  -  boots, fishnet stockings, corsets, bustiers, net layers, sequins and goggles . . .  echoes of Montol Night in Penzance.

A spare coggs and wheels set was designed by Jill Wilson with Ray and Penny Locke, the costumes team headed by Martina Porjesova, stage managed by Robin Cordell, with lighting by Rob Callender and Alistair Lindsay.

The voice and music coach was Adam Turner with full orchestra leader Christian Halstead and mandolin played by Daniel Hudson  - what a team! 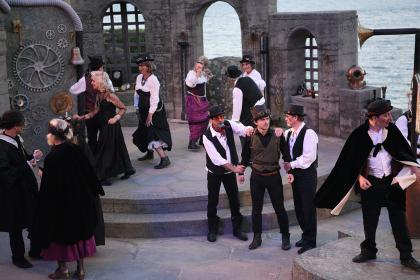 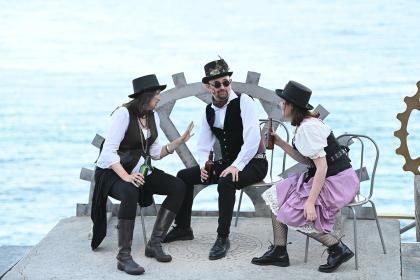 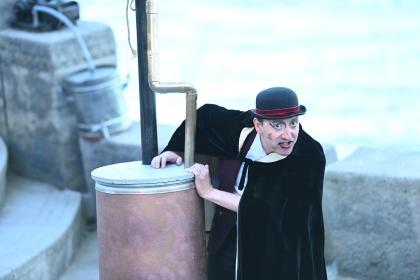 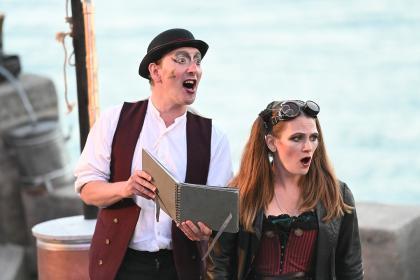 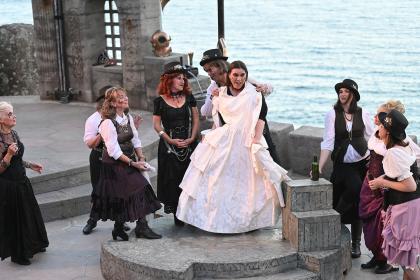 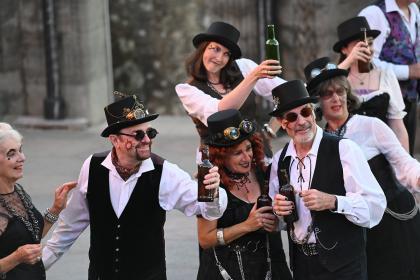 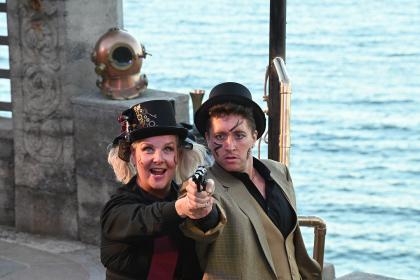 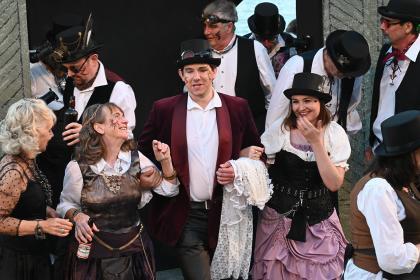 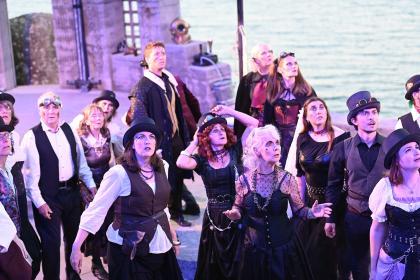 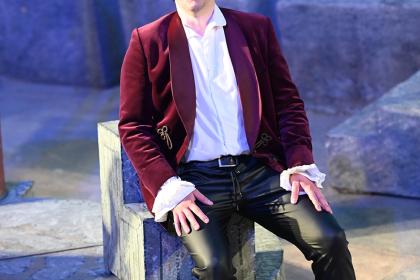 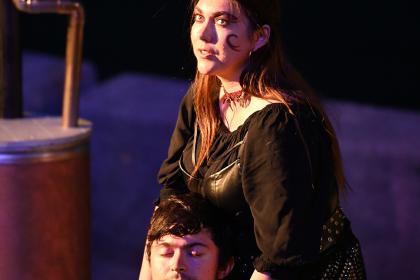 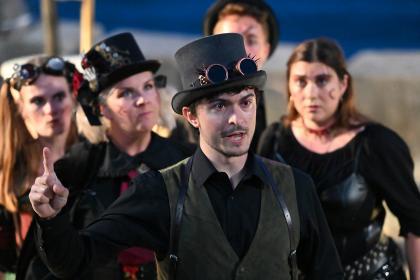 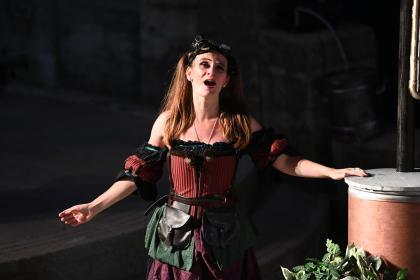