Shakespeare’s great drama of revenge and reconciliation is haunted by the sea, its power, its mystery and its constantly changing nature. It is also a drama created by the magician Prospero and his spirits, played out for him and us together. So it is fitting that this is the most performed of all Shakespeare’s plays at Minack, as well as the very first to have been staged here back in 1932.

Prospero conjured up a thorough soaking for his audience, with the first heavy rain for weeks, on the opening night of The Tempest at The Minack, but eerily, within a few short miles of the open air theatre, the ground stayed bone dry.

The magician did have a few issues to settle, having been deposed as the Duke of Milan, and washed-up on an island in Bermuda, with only his daughter Miranda, a wispy spirit named Ariel, and a disgruntled man-monster called Caliban, for company.

So for yet another sellout audience, it was hardly surprising that he called on the elements to briefly interrupt the drought summer of 2022 to remind us what it is like to weather a storm.

And what of a few million raindrops, or so, when The Hertfordshire Players set out to beguile and bewitch us with a fantastical set and special effects to rival the dragons in the Game of Thrones.

This was a special production for many reasons. It was mainly to celebrate 90 years since The Tempest was the first play to be staged at the new Minack, and overseen by the now legendary Rowena Cade and it also marked the 50th anniversary of the first visit by the Players.

They know how to thrill with sensational sets and stunning effects, having staged one of the most remarkable productions in the history of the Minack  - Jeff Wayne's War of the Worlds in 2008 - when Martian aliens invaded West Penwith.

Time has allowed for lots of creative invention. This production of The Tempest, directed by Steve Thompson, was delayed by Covid for three years, after it was cast and the scripts were ordered, when former theatre manager Phil Jackson gave the nod for the play they had always wanted to present at the Minack. Phil was there on the opening night.

The set piece at the centre of the stage was an elaborate marine grotto, all green and blue aqua hued, with a fine Italian galleon, awaiting shipwreck.

A floaty echoey skeletal puppet, Ariel, soared around in the hands of hoodied Lou Wallace as speaker and George Curry as singer, while the lumbering Ninja turtle-like Caliban puppet, a paunchy fish-man with long claws and repulsive pudgy tail, was manoeuvred by Richard Sheridan and team.

All was topped by the stuff of nightmares in the second half, a great glowing red-eyed head appeared from under the horizon of the stage, with wild hair and long crab claws, lit by lanterns and flame jets - phew, enough for one night.

The human actors had lots to compete with, but Prospero, Matthew Flexman, took it all in his stride alongside Miranda, the charming Hattie Thompson, and her first and only love, Ferdinand, a lively expressive Ruari Spooner.

Congratulations to set designer Rosemary Bianchi and puppet designers Matt Hutchinson and Helen Coyston and the team that put everything together with stage manager Michael Merry, for a memorable anniversary show. 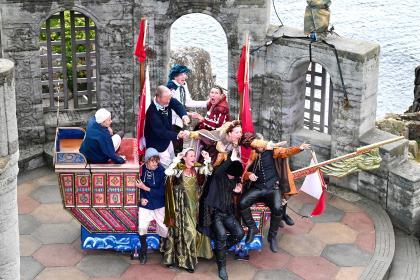 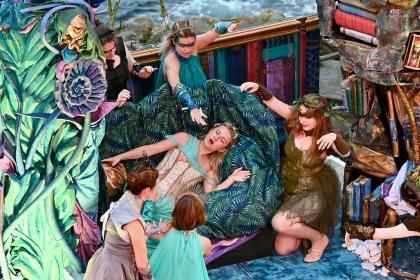 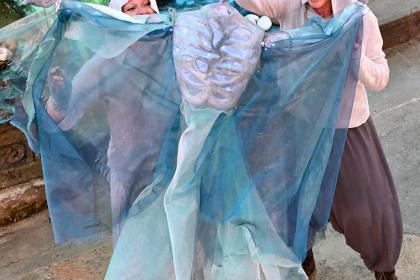 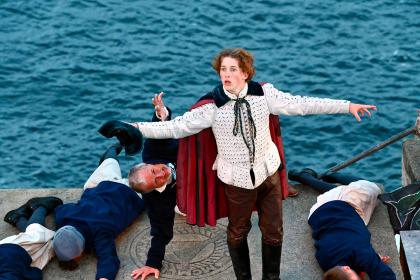 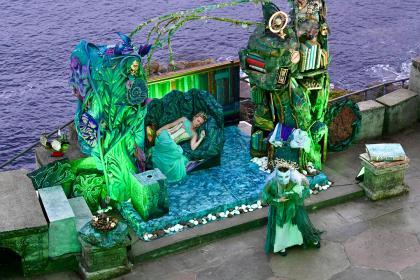 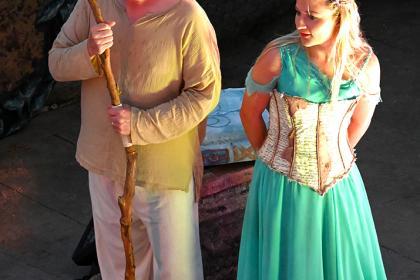 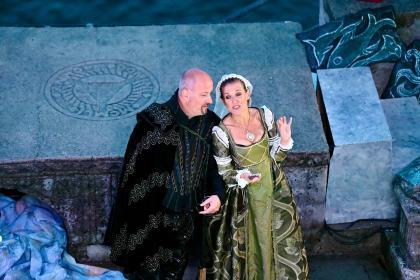 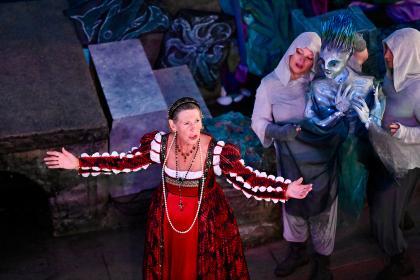 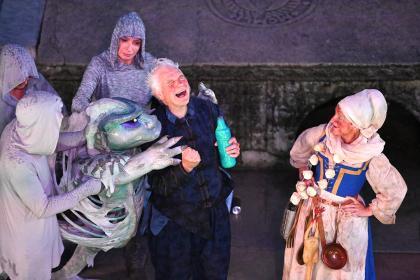 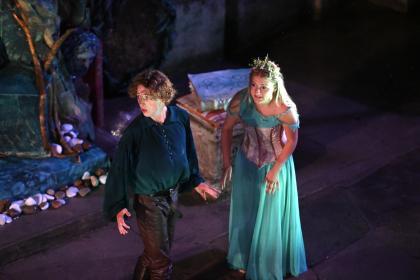 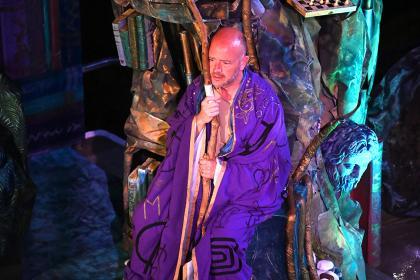 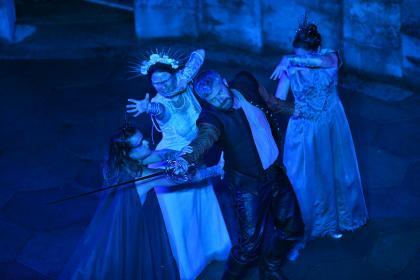 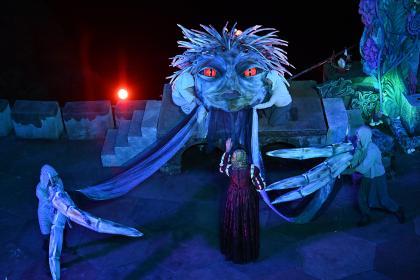 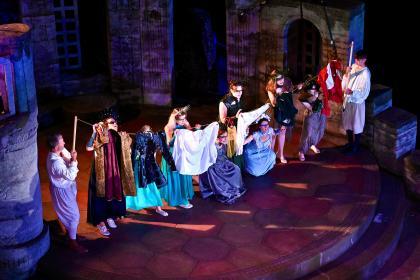 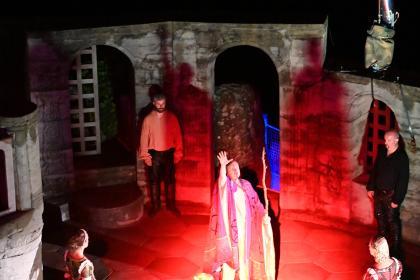