Proms at the Minack

Proms at the Minack

Bring your flags, horns and whistles to celebrate the end of summer at this ever-popular event. We welcome back the Mount Charles Band to perform a selection of classical and contemporary music plus, of course, the traditional Last Night of the Proms favourites.

The evening performances will also include a firework display.

Hundreds of patriotic flags were lowered as one of the most moving and meaningful pieces of music by an English composer was played in tribute and as a remembrance of the Queen during the Proms at the Minack at the weekend.

As always, the open air theatre was sold out for the almost-end-of-season concerts by the Mount Charles Brass Band from St Austell, with more Union, St Piran and flags from around the world, including the US, being waved in celebration of the event, than ever before.

As well as holding a one minute silence and playing the National Anthem, the internationally recognised conductor Howard J. Evans, who is currently a Salvation Army bandmaster, opted to replace I Am Sailing, made famous by Rod Stewart, with Elgar's solemn Nimrod, which he chose to mark the period of mourning.

The London Last Night of the Proms was controversially cancelled out of respect for the Queen, who died a day before the concert was due to take place at the Royal Albert Hall.

The Irish Blessing, based on an ancient Celtic prayer was another moment for gentle reflection - "May the road rise up to meet you, May the wind be ever at your back, May the sun shine warm upon your face, And the rains fall soft upon your fields, And until we meet again, May God hold you in the palm of his hand".

The first half included Prismatic Light, Verdi's Nabucodonosor, The Girl From Zamora and The Golden Lady by Cornwall's own Goff Richards, with solos by Megan Alexander and Simon Taylor, Simon and Garfunkel's The Sound of Silence.

Gilbert and Sullivan's Three Little Maids from The Mikado, presented a chance for three male soloists to have some fun, with Paul Uzzell, Tim Roberts and Andrew Richards wearing red, white and brunette wigs, taking selfies and curtseying at the end.

The second part was played out in true tradition, with the stirring Dambusters March, Fantasia on British Sea Songs, Jerusalem and Pomp and Circumstance No1, with St Austell soprano Alison Harvey, returning to the Minack to lead the singing.

The 1812 Overture by Tchaikovsky was played to a thrilling volley provided by Celebration Pyrotechnics, and the hearty chorus of Trelawny rang out towards the many fishing boats in the bay, whose crews were treated to the firework finale. 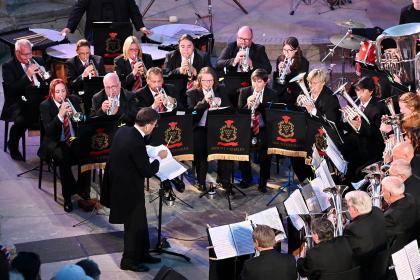 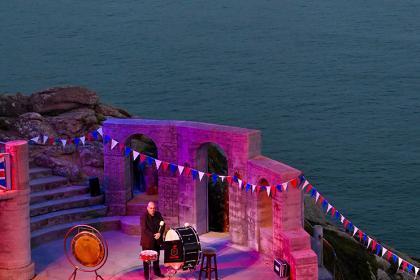 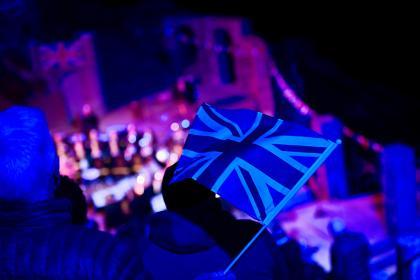 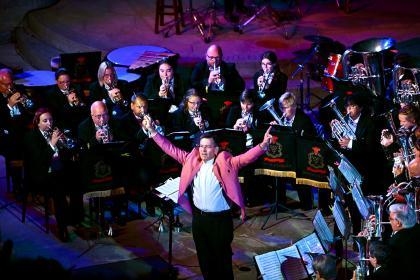 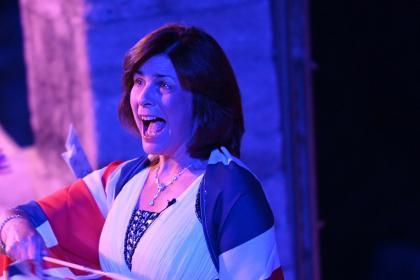 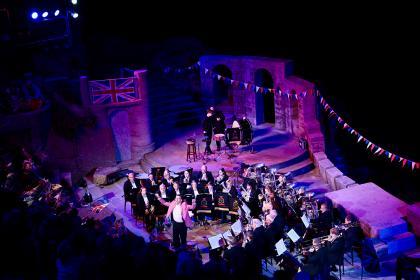 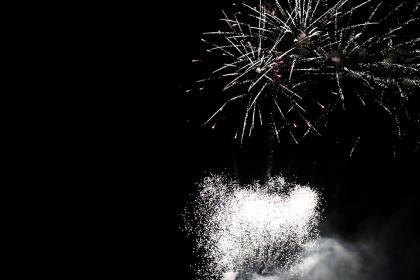