Another Way Theatre return to The Minack following their acclaimed production of Hamlet to present Polly Teale’s striking adaptation of Charlotte Bronte’s classic novel Jane Eyre.  Following her journey from orphan to adulthood this production revels in the passion of one of literature’s most loved heroines. Originally produced by experimental theatre company, Shared Experience, this bold and exciting retelling of Jane’s struggle for freedom against all odds continues to inspire. Returning from AWT’s Hamlet are Rebecca Pickering (Ophelia) in the title role and Dan Avery (Hamlet) as Rochester.

Bold and brave and convincing...a visit will be truly rewarding: Hamlet (The Cornishman)

This thought-provoking stage adaptation of Charlotte Bronte's breathtaking classic is given a stripped-down but sophisticated treatment by the excitingly original Another Way Theatre and a smartly cast company of actors.

Four years ago, director and producer Chris and Nicky Chambers impressed with a cutting-edge Hamlet at the Minack, and now they are back with several of the same starring actors  - and a scene-stealing border collie called Pilot, a panting puppet in the hands of Gwithian Evans.

Many of the actors had multiple roles, and Gwithian also appeared as the very nasty John Reed, who takes it upon himself to make the young Miss Eyre's life a misery, mystery man Richard Mason, and the extra-evangelical Rev St John Evans, who ultimately has the same effect on an older Jane, and is the catalyst for a potentially perilous decision to follow her heart.

The superb Hamlet of 2018, Dan Avery, and his remarkable Ophelia, Rebecca Pickering, return as Edward Rochester and Jane. He possesses a brooding magnetism, and wonderful diction, and she is admirably defiant and straight-speaking, for a woman who was written about with such passion by the Bronte sister, way back in 1847.

The conventions of the day dictated that he made the running, but a brilliant switch of circumstances, if tragic, will make them equals, and Jane felt so much happier with that result.

For those who have sadly not yet encountered the tale, Jane is an orphan, not wanted by her mean aunt (Nicky Chambers) and is sent off to a charity school, emerging as a tutor and governess, finding work at Thornfield Hall, teaching English to the French-speaking ward, and possibly daughter, of a certain Mr Rochester.

Adele, is an unabashed show-off, and here the casting presented a new star, Ella Richards, as a giggling young girl, who skips her way through the play  -  and is a total delight.

Her uninhibited liveliness makes a dazzling contrast to the dark secrets of the hall, where Heather Kirk as Grace, is caretaker of a desperately unhappy Bertha, played by Elizabeth Back, who is confined for her own safety.

The production, with a haunting soundtrack by Chris Chambers, opens to soaring bird puppets, in an adaptation by Polly Teale that has Mrs Rochester moving and speaking in unison with the young Jane, as her alter ego, echoing both of their experiences. It is a curious, mystical concept.

Anthony Allgood also returns to the Minack as tutor Mr Brocklehurst, who lectures headstrong "naughty child" Jane on the need to avoid damnation, to which she replies: "I shall avoid Hell by not dying".

The simple shift dresses worn by Becca Lamburn as Bessie and Helen, in an earthy palette by costumier Diane Jones, are just right, with a jagged and striking set design by Roisin Jenner, lighting by production manager Alistair Lindsay, sound by Jamie Coskun, and carpentry by Kelland Thomas Smith. 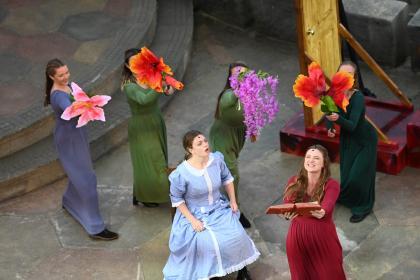 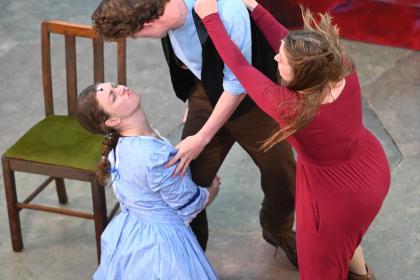 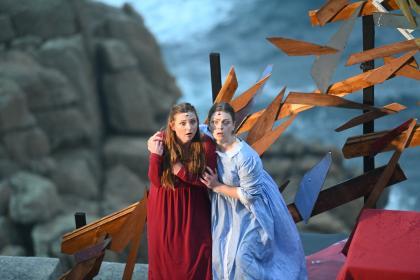 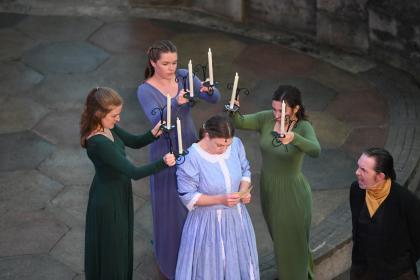 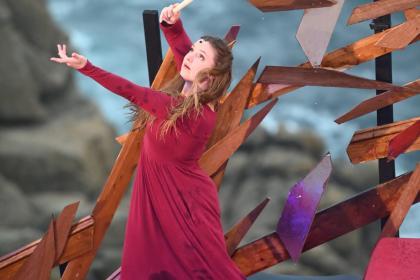 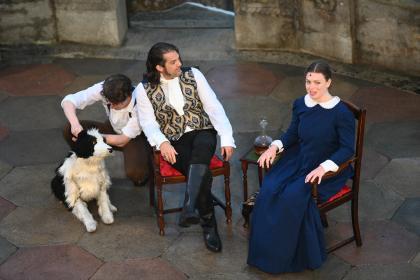 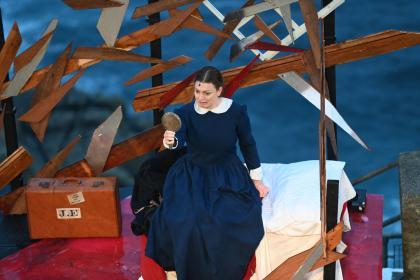 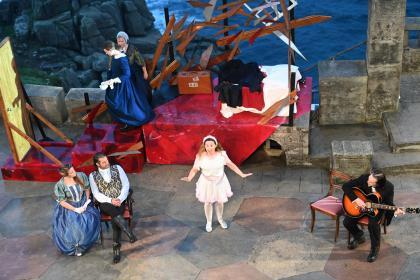 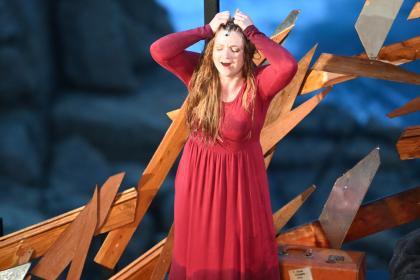 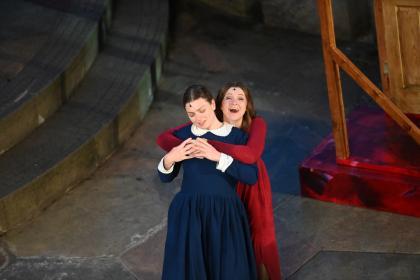 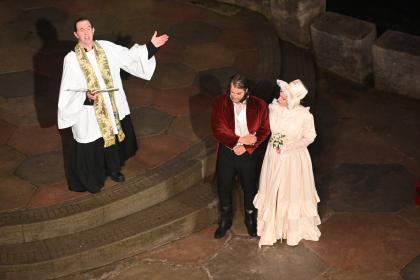 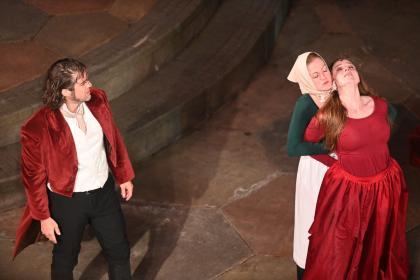 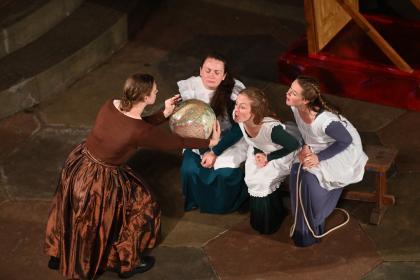 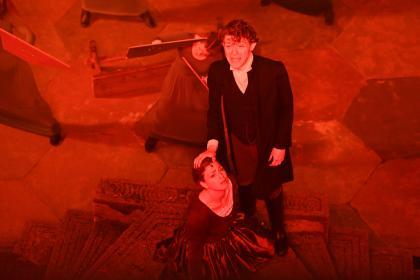